The ag industry is abuzz with the fiasco left in the wake of the Dean Foods empire collapse.

Earlier this year, it may have seemed the legal mess surrounding Dean Foods after they filed for bankruptcy and were bought out by Dairy Farmers of America for a $433 million price tag.

Now, the not-yet defunct estate is viciously requesting repayment from farmers who sold them milk in the 90-day preference period which lead up to said bankruptcy.

Jessica Peters, the Pennsylvania dairy farmer of internet fame, was one of hundreds of producers to be billed – amount to $50,000 in her case.

Confused? Angry? So is everyone else involved. For whatever reason, the estate’s bankruptcy proceedings and legal teams have former producers on the brain.

In her Ag Web interview, Peters notes that different farms have been billed for different amounts, and the legal jargon-heavy letters do not seem to indicate how the settlements of being calculated.

According to a source in this Dairy Herd article, this is technically something a debtor who files for bankruptcy can do in what’s called a Trustee Avoidance Claim.

Roger McEowen, the Kansas Farm Bureau Professor of Agricultural Law and Taxation, told Dairy Herd that farmers are likely to get an exception but advised them to not make the payment but immediately seek legal counsel to fight the claim and prevent something serious like a lawsuit.

But even in a perfect world and everyone who received one of these letters was able to get exceptional legal counsel and avoid payment, there could be lawyer fees to pay. That’s $225 an hour on average in the U.S., by the way.

That’s a hard hit for a dairy farm even on a good year. I need not comment on what kind of year the dairy industry has had in 2020.

In the letter, AFBF General Counsel Ellen Steen says the letters sent to farmers “are deceptive and constitute an abuse of process that attempts to extract funds that the Debtor (Dean Foods) is not entitled to under the threat of a lawsuit. Put plainly, your letters are a predatory shakedown, written in legalese.”

AFBF further calls upon those lawyers to retract their demands by notifying each farmer by separate letter within 10 business days; returning any funds already received; and by ceasing any litigation against farmers who did business with the company. The AFBF letter clearly states a willingness to step-in in the event that the Dean Foods estate pursues litigation against farmers

Someone else who has been keeping close tabs on the issue is the Center for Dairy Excellence. They have no less than eight recorded conference calls for the affected producers and anyone else in the industry. I highly recommend checking them out for the real nitty gritty.

Let’s fast forward a little bit to this week now.

I came across this podcast that discusses the logistics of things through a legal lens.

Like what McEowen aforementioned, it seems that farmers would be exempt due to a legal clause in bankruptcy law because they have were doing an ordinary course of business with the company at the time.

It should appear whatever legal team was involved may not have had a thorough understanding of how the relationship between farmers and shippers work. (Meaning they’d be exempt from this sort of claim.)

From the latest I heard, courtesy of Jessica Peters on her farm’s Facebook page, it seems the next step is farmers will be filling out forms with additional information on their business relationship with Dean Foods which will be followed by further investigation and likely dropped.

(At least this is what Pennsylvania is doing. Not sure on how different states are helping their farmers handle the situation.)

The good news is the Farm Bureau is still involved and will likely see it through the end until the whole thing is taken care of. But do remember, this isn’t over until it’s formally (legally) over. And if we do have any farmers forced to foot these bills, this is certainly enough to spell the end of another family’s dairy legacy. Let’s hope that doesn’t happen…

While there seems to be help on the way, it’s disappointing to see that this story has yet to break it to mainstream news. I don’t expect it to.

Yeah, yeah we have a lot going on in the world right now, but this is a big story – and a concerning one at that.

But more importantly, being the writer I am, I think there’s a bigger story within the story to be implied here.

What might that be? There’s a few angles we could take.

That’s all I’ve got for now. Or rather, that’s all there is at the moment. Hopefully this all continues to play out smoothly, even if it takes a bit of time, and no one has to pay a single dime.

Even if you’re not in the dairy business, please pay attention to what is happening. As much as it pains me to say, it could be you someday. 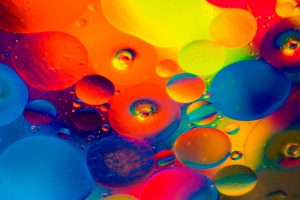 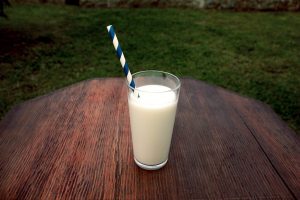 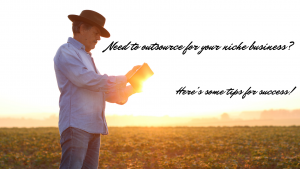